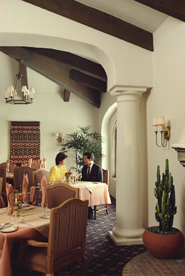 Many of the readers would be aware that I’ve personally been in sales for over 50 years, and have friends who also confess to being in sales for 30 and 40 years.  To say that we have experienced change would have to be an understatement.  We’ve not only been a part of the change, but in many way’s we have helped pioneer much of the change over the decades.  It is for this reason, those like myself are somewhat passionate about this issue, and that passion I am sure will be reflected in this writing.

The role of the modern salesperson is very different, really different from what we commonly termed as traditional selling jobs in the past. These days the seller is aware that the buyer is now more aware of the seemingly clever complexity and refinement of today’s selling.

To those in charge of setting the standards, creating the presentation styles and being able to influence the direction modern selling is taking, have been primarily influenced by the increased number of motivators that consistently work at reinforcing what can be done – a process started by the “fathers of motivation” from Earl Nightingale, Norman Vincent Peale, Zig Ziglar, and J Douglas Edwards.

Today the standard of professional selling is up, whereas at the ground level fuelled by many of today’s small business owners who encourage those that seem to be personality driven to get into sales.  And because, so often, they won’t encourage formal training (generally because they don’t understand it) that sector of sales is still churning people who last just a year or two and in the process contribute the questionable reputation some sectors of the sales industry unfortunately carry.

In short, here are two simplistic ways of capturing the differences between the two.

In fact, a salespersons success as a “change agent” is generally closely and more positively related to several vital factors that the salesperson able to provide:

The more modern view is that selling primarily should be customer-oriented and the salesperson should try to discover customers’ wants (and to a lesser extent – needs) by discussing their situa­tion with them through a somewhat static questioning process. The goal of modern selling is to build long-term relationships and to create customers who will be encouraged to provide repeat business, rather than just generating one-off sales. This approach seems to be working better and is much more flexible allowing the salesperson to adapt to the unique needs and situation of the customer.

Some of the Roles of the Modern Salesperson

Today’s modern salesperson needs to understand that they will need to undertake a number of responsibilities, accepted these days as a part of the sales process, if they are to be successful. And although the importance of those responsibilities differs with the various types of sales positions today, the roles do graphically illustrate the divergent aspects of selling.

Problem Solver: One of the key aspects of the role of the modern salesperson is to help identify and then suggest a solution to a prospect’s challenges (problems).  I personally do not like using the word problem is a sales call.  I feel that it can be too “full-on” to many of the prospects I have sat with.  In my opinion, replacing the word problem with challenge is a less offensive and more user friendly way of addressing the issue.  However, as the word problem is acceptable in today’s sales world I will continue to use it in a training example, but will definitely substitute it with challenge in my sales calls.

As a problem (or challenges) solver you identify the prospect’s wants (and to a lesser extent – needs), the salesperson is there to suggest possible solutions (as they see it) to these wants and needs, and then be prepared to work with the prospect to help in the assessment of the known advantages and those perceived disadvantages of each option before them, and then be there to help select the best alternative (if needed), and through this process, be available (as required) to help solve the prospect’s challenges.

Educator: The role of the salesperson as an educator is both a fundamental as well as a crucially key role.  In fact, the role of educator is vital in all of sales, whether the seller practices modern sales techniques or is still reliant on some of the less efficient dated techniques, as the salesperson needs to find a way of educating the prospect about new products or services, or even the new and innovative ways to doing business. In our complex modern world, it’s vital for someone to keep the existing customers and prospects abreast of changes – and the best person to do this is the salesperson. Moreover, it is better for the sales arm of the business educate the existing customers and prospects about what you offer, the more suc­cessful you will be as a “change Agent.”

Innovator: One thing that sets the best of the salespeople from others is their ability to embrace innovation. Sales success is totally dependant on establishing new and innovative ways of doing business and steering away from outmoded old concepts.  We are all aware that change is constant, and yet many in all walks of life find it more comfortable to dismiss change. On the other hand, it is the innovator that drives those content to remain in a vacuum into accepting then embracing the change they now want to be a part of.  And what sets the best of the salespeople apart from all others is their ability to grasp innovation and then resell it to others in a way they eventually accept is their own.

Communicator: The majority of those who are not salespeople when asked to identify any outstanding trait of salespeople, would probably say that they are good communicators that are able to express themselves well.  But the modern view of selling suggests that the modern salesperson is expected to perform a much wider task than that.  Primarily the seller needs to learn to communicate through questioning processes that then convert to confirmation of issues, that eventually lead to an exchange of monies for goods and services.  But the selling process is far more than that because it incorporates relationship build through trust that eventually leads to an order – and the order is just the start for the professional salesperson.  All the things communicated here about the salesperson are only  the tip of the iceberg, as very few will ever appreciate the time, effort and study the totally devoted salesperson undertakes to stay on top of his or her craft. No, to be a good communicator extends far beyond being an effective talker.

Researcher: Modern selling has many research-oriented components attached to it. In order to qualify some of the larger business prospects, it is often necessary for there to be varying degrees of research, much of which can be done on the internet, and some in libraries.  It is also a good idea research even if you sell on a one-to-one basis in homes or other forms of direct selling.  Sometimes it is a good idea to research by category or for some form of needs basis, or even demographically and geographically.  It’s the same old story, the one that takes the time to research and prepare is usually the one with better results . . . and a better income.

Psychologist: All salespeople deal with all kinds of people all day, everyday. For this reason there is a genuine need to understand how people think, feel, and act, and it’s this understanding of people becomes critical to sales success. It is for this reason that much of this book is devoted to various aspects of the psychology of selling – determined by what challenges the salesperson encounters from one day to the next and one area to the next.

Manager: All salespeople, no matter what they sell, must manage their time and territory. They need to set objectives, develop strategies, and evaluate results.  These are all management tasks. And just because there may not be direct or ongoing supervision while in the field, the salesperson must manage themselves in order to survive. Given the high cost of selling these days and the constantly changing environment, self and territory management is essential.