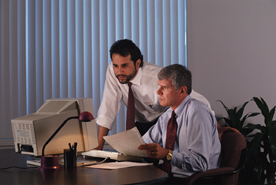 I’ve been in sales for over 50 years and many of my friends will confess to being in sales for more than 30 and 40 years, one is in his 80’s and feels he is no longer up to direct selling any longer, but happily “man’s a booth or desk” at shopping centres five days a week.  Why I have brought that up is that the art of selling is not only changing constantly, but over the last 20 years that change has accelerated to the point where many of those that didn’t adapt to change found that the financial rewards kept reducing year after year.  Some were slow to wake up, but did wake up and began to learn new techniques.  While others have simply retired.

What we all know today is the same clients that were somewhat unsophisticated when we first started selling, were now quite skilled in how the salesperson would lead the sale.  Most would probably never get a start in sales but they have acquired a good understanding of the sales process.

Once the seller is abreast of intelligence and sophistication of the “new and sales matured” prospect, they will sell more profitably and find that they will acquire more referrals.  Why?  Simply because these presently (and newly) more knowledgeable and intelligent buyers are generally so appreciative of a professional sales approach, they are happy to have their friends, relatives and work mates experience the same level of professionalism.

If you are in sales, and you are not abreast of what is happening in the industry take note and get back to staying on top through regular research, study, workshops and seminars.

Here are some suggestions to ensure you can get your sales career back on track and keep it there.

Do you ASK for the Order on Every Call – Without Fail?

If you told me this is why I should do as far back as 40 years ago, I would have thought it might work for some – but maybe not for me.  Some time later I tried it and found that a percentage of calls did close purely on request.  This percentage depended on how well I handled the call in the first place.

30 years ago my ears pricked up when a friend mentioned that he had read somewhere that you can close up to 50% of your calls this way – but couldn’t remember where he had read it.  To me that was like waving a red rag at a bull, so I thought I had better at least trial this “Theory” on every call – even the ones that had rejected me a matter of a few minutes earlier and see what happens.

After about a year I had refined this process so well I began closing around the same percentage of resurrected sales (after I had put away all of the presentation tools and equipment), as I did in my natural selling presentation.

In those days, these resurrected began to account for around 30% of my total output, and shot my closing rate from around 60% to over 80% on the first call.  In other words, a 30% pay increase for the same hours worked.  But, be aware. If you make a habit of asking for the order on every call, the percentage that will say yes will more than adequately reward you for any embarrassment you may feel from the ones that say no – one more time.

Do you Ever go to Work when you’re Really Feeling Down?

Whatever we do in life is harder to do when you’re down, tired, unable to cope, or simply stressed out.  In those times, remember these three things:-

Try this process the next time you have a problem to deal with.  Don’t rush through things.  Slow everything down (even into slow-motion if you have to), then handle each part of the problem, one piece at a time.  Write down each point, then write down the answer to each.  Write as many alternatives to each sector as possible – then pick the best answer.  The better you apply this process, the better you fix your problem.

Guess Where the Buck Stops?  With You – Always

So many sellers don’t take the time to find out EXACTLY what the prospects wants, and when compromise takes over and they sell a product which is near enough – ALL I HEAR IS ABOUT THE NUMBER OF DISSATISFIED CUSTOMERS.

Selling is never easy.  But you should also not let the problems magnify themselves.  Get to the bottom of the problem.  Face the facts, and forget using the guesswork and opinions to come to a solution.  It’s not worth the effort.