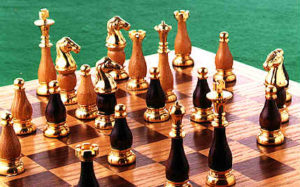 Test Closing or Trial Closing does not ask for a decision, but simply asks for an opinion.  It’s the knowing how to use a Trial Close or Test Close and how to differentiate the difference between the two that’s important here.  Why, because it’s the knowing how and when to use the Trial Close or Test Close that tends to either direct the prospect towards a close without being openly aware of why this may be happening.   When used properly, even a well seasoned prospect will tend to go along with proceedings because he or she feels comfortable doing so.

However there is an important factor to realise here, is that there are so many who call themselves salespeople that admit to not knowing the difference between a Trial Close or Test Close compared to a Close.  I can openly make that claim because I have conducted numerous seminars where attendee openly admitted they could not tell me the difference between the two – especially when it comes to closing the sale.  At this point knowing the difference is vital, and even though many will close the sale just by asking a closing question. Many others will forfeit what would have eventually resulted in a sale simply because they asked for the sale too early or closed too hard.

It is therefore vital that the seller understand the difference between the two, and not close before it has been confirmed that the prospect is ready to buy.  Closing too early will generally make the prospect feel pressure and may increase their stress level.

In the simplest of therms the difference between Trial Closing or Test Closing and Closing the Sale, is simply that the Trial Close or Test Close does not ask for a decision, but simply asks for an opinion, whereas, if you ask for a decision, you are simply asking for a YES or NO, a disguised way of asking if your customer is NOW ready to buy or not, but if an opinion is sought, the seller is only testing the temperature.

Here now are some examples of Test Closing:

If your prospect answers with YES, then follow through and close.  If the prospect gives you a NO, simply keep using Test Closes (or Trial Closes), or present more benefits until the opportunity to Test Close (or Trial Close) again presents itself.