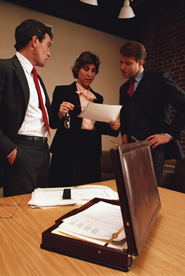 If you have ever wondered how to get customers to buy again and again?  Or if you’re not getting repeat business, because the same customers never buy from you time and time again, chances are you’re working way too hard. As any smart salesperson knows, the real profits come when past customers return to make additional purchases.

I have been fortunate enough to work with an organization that believed in upgrading their existing customers as an integral part of their business.  Here are some of the things I learned to make sure my customers were on-going return customers, hungry for more:

Love your customers.  An existing customer knows within five seconds if you like and care about them, and, in the main they only want to do business with people who do care about them. Moreover, it should be considered that there’s a great deal of indifference in today’s fast paced and wealthy economies, but no matter what happens in the real world around them customers still want to be cared for – they fundamentally want their service providers to return to old-fashioned values and service.

Another thing to do is to call them by name.  In essence, calling them by name is a simple and essential  tool, but it’s also a magical tool.  People love it when you call them by name, and they want to do business with people who know them.

Focus on speed.  In today’s fast paced world, people want it now; they want immediate response and expect to get it.  So if you want to keep your customers, you’ll not only need to set standards for response times and keep working to do it faster, but you’ll also have to ensure that the purposely want that product on both an emotional or logical level, otherwise if there is a delay or an outside influence, you may be confronted with issues, or at the very worse, a withdrawal of the order.

Keep your promises.  Nothing turns off a customer faster than when a salesperson does not keep their promises.  But the irony here is that nowadays few businesses do, so when you keep your promises in most cases it will be unexpected by your customer, and they will be anywhere from pleasantly surprised by your professionalism to being totally beside themselves because you are someone that keeps their word.

Another thing to gain from this is that if you say you’ll handle it tomorrow, try and make sure it’s done by then or even sooner.  In essence the key here is whatever you say you’ll do, do it.

Selling is about All Times – Forget the Downtimes